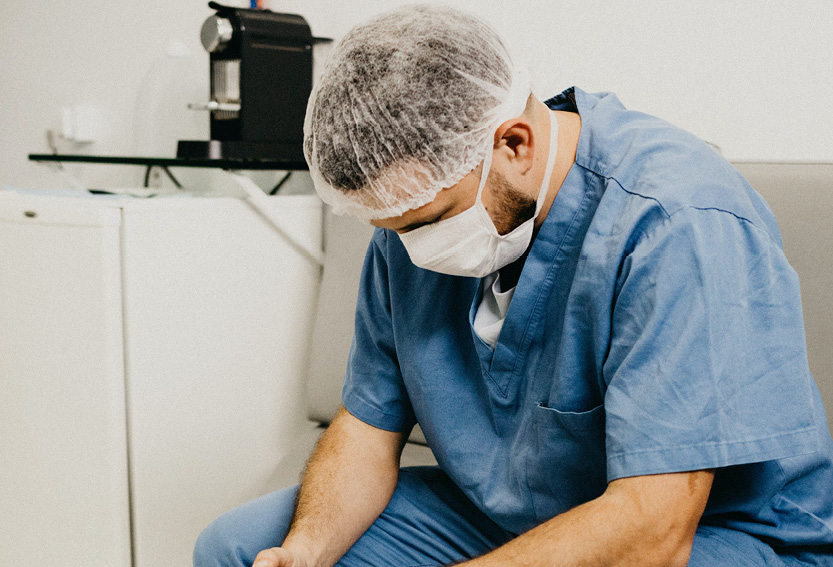 My client was admitted to West Middlesex Hospital for elective total right knee replacement surgery. In the process of this surgery, my client’s larynx was punctured by a trainee anaesthetist during intubation. This was despite the fact she had specifically requested that no student be allowed to operate on her. The puncture injury resulted in the gradual build up of pus obstructing her airway in the cervical area and corresponding deterioration of her condition.

As a result of this new injury, my client was transferred to Harefield Hospital by emergency ambulance for specialist surgery to her neck and abdomen. She spent four weeks at Harefield, her only sustenance during that time being via a tube into the jejunum. Subsequently, the client had two further operations to stretch her throat and dilate the scar tissue. She has ongoing swallowing problems which are likely to be permanent and further throat dilation surgery.

For four months the client was unable to weight bear on her right knee as a result of her inability to exercise immediately after the knee surgery, leaving her weak left knee to bear nearly all of her weight. Intensive physiotherapy and acupuncture failed to improve the situation and she was scheduled to go into West Middlesex Hospital to have her knee forcibly straightened. As a result of a regime of swimming, walking and targeted gym and hydrotherapy exercises, the client’s knee subsequently straightened to the extent that surgery was postponed/cancelled to allow time for the improvement to continue naturally without surgical intervention.

The reason we alleged fault for our client’s injury was due to the negligence of the trainee anaesthetist. This was due to the breach of his duty of care to our client. The injury sustained by our client was a foreseeable injury caused by a breach of this duty. The consultant anaesthetist was also in breach of her duty to provide adequate supervision of her trainee. Liability was disputed on the basis that the injury was merely a complication of surgery.

I adduced medical evidence from a consultant anaesthetist which stated that the care received fell below that of the reasonably competent practitioner. Legal proceedings were commenced in the county court and eventually the NHS Litigation Authority agreed to pay £40,000 compensation plus legal costs.

Goodge Law are medical negligence lawyers and can be contacted for a no-obligation phone consultation. I am a personal injury solicitor and an expert in securing compensation for people who have been injured during the course of medical treatments.

I work on a no win-no fee basis so you will never have to fund any part of your medical negligence compensation award claim.